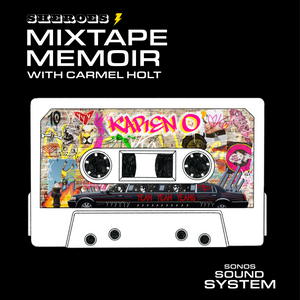 Before she became the world-renowned vocalist, songwriter, and indie rock icon we now know as Karen O, Karen Orzolek was born in 1978 in South Korea to a Korean mother and a Polish-American father, and grew up in New Jersey on what she calls a very Spielberg-type cul-de-sac.

As a kid Karen began finding inspiration in songs from movie soundtracks, and having New York City less than 20 miles away gave her easy access to live music as a teenager. While she didn’t know it at the time, both her early love of film soundtracks and her teen years of live shows would be the start of a journey that would eventually lead her back to live in New York, found a band of her own - the Yeah Yeah Yeahs - and launch a career that would encompass making art-rock and music for films.

As Yeah Yeah Yeahs are about to release their fifth full length album, Cool It Down on September 30th, Karen O sits down with Carmel Holt to share her story and life soundtrack on the Season 3 finale of Mixtape Memoir.