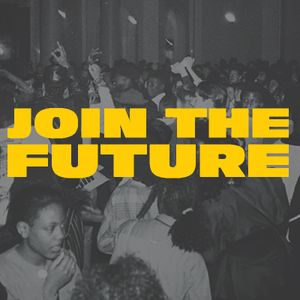 Dub bass, heavy electronic rhythms, minimalist bleep melodies and far-sighted post-industrial futurism: a deep dive into one of Britain's most forward-thinking and influential musical movements of the late '80s and early '90s, bleep and bass. Featuring a mix of little-known cuts, stone cold classics and unheard new edits, Join The Future: Mix 1 contains lesser celebrated tracks and remixes from many of the original scene's Yorkshire pioneers and unheralded heroes, as well as those on a similar wavelength elsewhere in the UK and beyond.

This is the first mix in a series tied-in to the Join The Future project, which documents a fertile period in UK dance music while questioning the often-repeated myths and lazy media narrative. The mix was recorded in August 2018 and was one of FACT's "Mixes of the Month" in September 2018. For more information on Join The Future – including my critically acclaimed book and compilation - head to www.jointhefuture.net