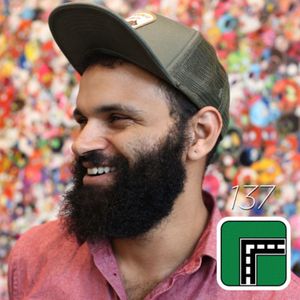 We're back to New York City this week -- Brooklyn, to be exact -- and talking with Digital Ocean product designer Earl Carlson. Earl is proof that you can move around and try different things as long as you have the drive to succeed.

We started off talking about Earl's college days at the University of Michigan, and then Earl guided me through where his design skills have taken him -- New Orleans and San Francisco. We also talked about some of the work he's doing at Digital Ocean, his great posts on design on Medium, as well as some of the people who keep him motivated and inspired to succeed. Earl is really about helping the next generation of designers, so make sure you keep an eye out for him in a city near you!