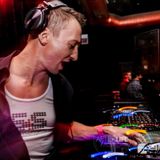 Witness for yourself, Chicago's newest virtuoso, Randall Dean. This prolific artist started his career as the front man for myriad live acts in 1995. Having honed his songwriting skills, he ventured into the DJ arena in 2001. Dean then garnered a residency at Chicago's Legendary Venue Lava Lounge where his seductive and funky style of house music flourished.

Randall then went on to ignite every nightclub in the greater Chicagoland area, playing alongside an extensive list of national acts. He then made the logical progression to production with his 2015 release on Semitrance Records. Following this, Dean captivated the attention of Grammy nominated DJ/Producer Steve "Silk" Hurley and his partner Shannon "Skip" Syas. Their label, S&S Records, made an unprecedented move in signing him and releasing his massive hit, "Thought About It," which included a remix Steve Hurley himself.

He is a relentless and virile songwriter and is showing no signs of slowing down. HIs groovy mixture