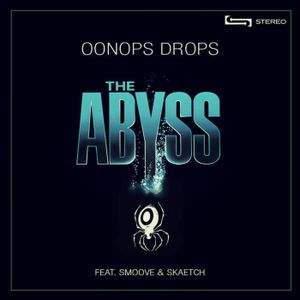 Expect the unexpected and explore ‘The Abyss’ in this special episode of ‘Oonops Drops’ on Brooklyn Radio. One of Oonops’ first mixtapes ‘Nightmare On Beatstreet’ inspired him to do this remake with even more mysterious and gloomy music. It’s like an overlength mixed soundtrack chock full of unease and uncertain feelings. He teamed up with dj and producer Smoove from the UK (Wack Records, Jalapeno) and his homie Skaetch (Daily Concept) who round off the whole show with their own interpretations of this topic. As ever – vinyl only. Have a spooky and melancholic time.