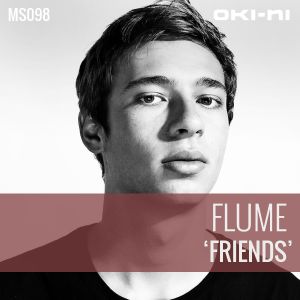 Proving that Australia remains a hotbed of new musical talent, Harley Streten from Sydney, better known as Flume, tackles a similar theme to Krystal Klear a few weeks ago, choosing to focus on the people and memories behind the music.

"I wanted this mix to be about friends, every one of these tracks was showed to me by a friend", says Harley, "some close, some not so close. Even with the remixes I did myself, it was a friend who showed me the original track."

His mix, aptly titled FRIENDS, spans the spectrum of contemporary electronica, taking in other young go-getters like Disclosure and former mix series contributor Onra. Flume also showcases his skill as a remixer, with a slick rework of a Mos Def jam.

Flume's debut EP, Sleepless, is out now digitally via Australia's Future Classic label, and his self-titled debut album is set for release on November 9th.

When you're in the mood for, it's nice to listen to..

Love this shit its mean

Not such a intense work on transitions, but anyway, great track selection! :) cheers

missed the point, didn't ya son...