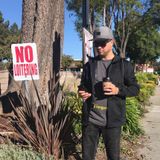 For the past 30 years, Mat has developed a unique and sophisticated sound that blends house, tech house, tribal, progressive and techno.

Born in Montreal, Mat was introduced to DJing at the age of 13 and wasn't long before playing records became the most important part of his life. As a 90s teenager coming of age in the golden era of his hometown's renowned nightlife, he was exposed to a world class underground dance music scene.

Mat has performed in countless events, from sweaty underground rave parties to the most legendary dancefloors. Some notable career highlights include regular guest spots at Montreal's Stereo Nightclub, a 3 year residency at Circus Afterhours, 3 appearances at the world-famous Black & Blue Festival main event, and two European mini-tours with stops at London's The End and Paris' Queen Club.