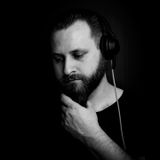 Never miss another
show from KLLDR

His energetic and groove heavy sets from fast to slow and back, from deep to melodic to bassy hooks, always tell a story and take partygoers on a journey into sound. Being heavily influenced by his friends and decade long partners like Alex Bau of Credo, he brought this genuine style of bavarian techno to Asia from way back home. Within the Seoul techno scene he has been active since more than 6 years, playing and organizing events in seoul's most excellent venues like Vurt, Contra, MWG, Volnost, Beton Brut, Pistil, Cakeshop, Mystik, Quadro, KeuKeu, Platoon Kunsthalle/Sonnendeck, etc. Meanwhile he has influenced the local scene in diverse variations of music and collaborations with his year long friends like for example Soolee from More than Less