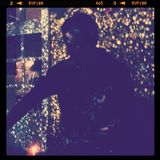 Never miss another
show from joebonez

Fresh Out Of Death Mix 008
by chamboche

C+C MIX FOR TUCANS
by ikz

Been collecting and spinning at free/house parties in the West Midlands since the mid-90s as well as helping to organise several soundsystems. I've been the resident British oddity at Tilos Radio in Budapest, Hungary, for 3 years now, after moving to Hungary in 2006. Since living here I've had the opportunity to play with guest DJs as varied as Thomas Schumacher, Fine Cut Bodies, Maelstrom, Jaffa Surfa, Greg Wilson and Cosmic Boogie, as well as a host of local talent.

Have a small obsession with penguins which I'm in therapy for. Evil genius with the emotional depth of a 4yr old.

Most of my 2000+ tunes are in a cellar in Kent so I'm pretty much had to start collecting from scratch again. One day, one day I'll be able to bring them all here to Budapest...

Like a variety of electronic music with emotion, groove or just plain weirdness. I pioneer made-up genres such as Scandolearica, chillgrime and nuglitchwavedisco.