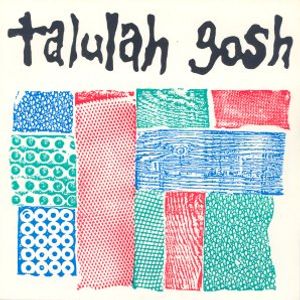 C87by How Does It Feel To Be Loved?

The Razorcuts, Jesse Garon & The Desperadoes, The Jasmine Minks, Talulah gosh, My Bloody Valentine and more.

The mix features songs I was listening to in 1987, either on record or live (which gets around the fact that the opening song didn't make it onto vinyl until 1988!). They all had a huge impact on me and they're the songs that start playing in my head whenever I think of that year, the first half spent living in Canterbury, playing the Mary Chain and the first Pastels album to death in my bedroom and spending every weekend coming up to London for gigs or to rehearse with my band, the second half actually living in London, sleeping on friends' sofas or floors, and going out to gigs as often as possible.

You'll know most of these songs but I've also included the single released by my band in that year. It was described by Melody Maker as "the smallest indie single ever released".

Next HDIF is a C86 special, Fri May 6 in Brixton www.howdoesitfeel.co.uk