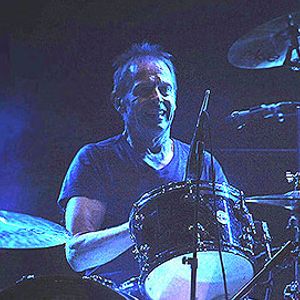 Assume The Position with David Randall - Simon Kirke Special (October 2016)by Get Ready to ROCK! Radio

David Randall caught up with Simon Kirke on the last date of the Bad Company UK tour.

Simon enjoyed success in blues/rock band Free but by 1973 the band had split and shortly afterwards he joined up with Free vocalist Paul Rodgers in Bad Company. With Rodgers the band made six studio albums and enjoyed great commercial success with many songs becoming staples of classic rock radio.

After Rodgers' departure in 1982 Kirke soldiered on with Bad Company and, with Mick Ralphs, kept the marque going until 1996 although the music had become more AOR/melodic rock orientated.

After successfully fighting addiction, since 1999 Kirke has toured successively with Ringo Starr's All-Starr Band and Bad Company whilst releasing a tentative set of songs in 2005 - 'Seven Rays Of Hope' - and a more substantial album in 2011 'Filling The Void'. Simon's latest solo album is released in early-2017.