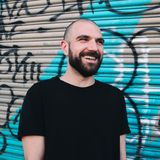 Never miss another
show from ENCRYPTER

Encrypter is a hardware-focused composer and producer of electronic music. Born in Ireland, based in Melbourne. Obsessed with texture and processing recorded sound since he was a grungy teen, he whiled away his days making field recordings on his Walkman as fodder for creating garbled noisescapes through cheap guitar effects.

In the many years between then and now, he has released ambient, downtempo, industrial hardcore, electro, glitchy jungle, splittercore and a variety of takes on techno through his original works and remixes for the likes of Myler, Diarmaid O Meara and Weever. His tracks and remixes have seen support by Ragnarok, Dep Affect, X-Core and The Sickest Squad. As a founding member of the Untz and Pressure events in Ireland, he pushed hardcore on Irish crowds for almost a decade and has supported the likes of Detest, Stormtrooper and N-Vitral.