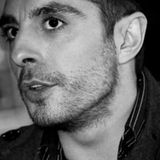 Eddy Kariti grew up in a traditional family and aspired to become an actor. His father, Amir Kariti used to be an actor who later in his career started directing movies, while his mother Anushka was a nurse. Although his parents wanted him to continue his education, he yearned to be a performer. His first performance on the stage, while he was still at high school, showed everyone that acting is what Kariti was meant to do.
In the years to follow, directed by his passion, Eddy Kariti moved to New York where he attended the NY Academy of Performing Arts. At the same time while he was performing at school productions, he was auditioning for television programs. In 2000 he won his first role in the movie 'The Attic Expeditions,' following the life of a group of students living together under the same roof. After that Eddy had a supporting role in the movie 'Crazy Like a Fox' which did fairly good at the box office. This helped his enter Hollywood’s circles and try his hand at even greater