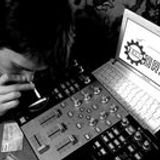 ::: Biography:::
About DJ AnderZet:
_____________
A young and versatile emerging DJ on the music scene Kamenetz-Podolsk quite nedavno.Legkaya style of play and exquisite taste in choosing songs, music lovers have caused zhiveyshiyinteres to this musician.As the basis of his artistic career DJ AnderZet elected Techno.

Born on a snowy winter in Kamyanets'-Podolsky. As a child, music does not cause any excitement. In 13 years in the first got to the disco, and then began to actively attend discos ..because after that night he had a great thirst for music. With age, starts to walk for more serious partying .. there learned more and more about the nightlife and didzheninge. Over time, he realizes that this is what I wanted to do in my life! Since 2008started studying and mastering equipment ... ... information for this year taught strives for the best.And now, after 1 year, 9 March at the World Day Didzheya involved in the battle DJs in the city of Kamenetz-Podolsk in NC ZHARA