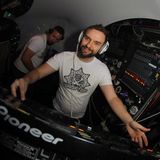 Support DJ Maxwell by subscribing directly to this channel and get access to exclusive rewards.

Maxwell fell in love with the hard dance scene in Adelaide and was a regular in clubs across the city including Heaven and Rise. Maxwell has played for Tidy/Ideal, closing out the 2017 Summer Gathering Festival and has played on line ups alongside DJs including BK, Andy Whitby, Technikal, Steve Hill, Dark by Design and Rob Tissera. He regularly plays at events for Hard House Korruption, has also played in Brisbane, Australia for Beatwave and has played in various Adelaide Clubs in the late 90s and early 00s.
Maxwell produces under the name Pete Maxwell and has 2 Toolbox top 10s and a number 1. His next with Matt Clarkson, is out on Tempo Trax in September.