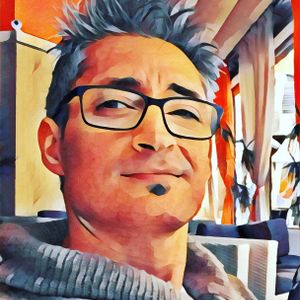 Like in Vol. 1 it's all about funky, groovy and happy tunes for the summer in these 80 minutes.

Starting with a huge Michael Jackson cover by Jay Kid, the mix begins slowly with some sexy melodic tracks and catches the groove in the second half of it.
My absolute favorite - and really one of the best releases this year - is Mowgli with Tara McDonald on the vocals of "Can't Stop Singing". This track has everything it needs and (what i like most) a funky wobbling Speed Garage like bassline.

Check out the groove and get it on!

Hi, Discotizer! Nice show. Wonderful tracks. Very happy that you love such kind of music.
P.S. Could not find this one: 1:09:53. Please help! Shazam gives different tracks (Spank Jimmy Bo). But I can't get which remix is that. Thank you!!! :)

On The Traxx Radio Show4mo ago

Hello Discotizer!
I'm Luiz Laffey and I have this project called On The Traxx Radio Show returning through www.superaudio.com.br, a content distribution platform.
Once a month I interview DJs, producers and singers, and I'm wondering if you would be interested.
Let me know if we could do it...
Cheers and great vibes!