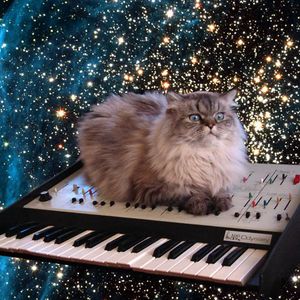 As we come to the end of the Noughties (damn I hate that term!), I thought it would be fun to knock together a mix of some of my favourite moments in the last decade of electronic music. This has been the decade where bedroom producers truly came into their own, from Prefuse 73 and Flying Lotus, to Burial and The Streets. We've seen the birth of grime, Ed Banger electro , dubstep, glitch hop, and, yes, even the mighty Donk – big up to all the Wigan Pier massive BTW. The songs included are not in any order of preference and the mix isn't intended to be totally comprehensive (my short list alone was 11 hours long and many killer songs fell by the wayside because of an unfortunate BPM!) But, most importantly, I hope you enjoy the next two 1/2 hours and remember all the crazy times that these tracks brought us all. Bring on 2010...

Bang on! terrific choice of tracks! I don't care much that the mix itself is not that coherent.

Sure, it could be better, but i am really enjoying the heck out of this because it caters so many many brilliant and awesome tracks *_*

It sounds like we had a very similar decade :) Great selection and mixed well. Thank you.

It coooould be better... ( just from another dj's ear )