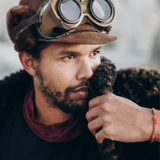 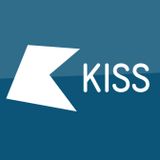 Mr. Blasé is a dj/producer from South Africa who has been quietly honing his craft and is set for a busy release schedule starting June 2018.

​Being well travelled he sources inspiration from across the globe including some of his favourite places like Brazil, Cuba, India, Russia and his native, South Africa.

​His early youth was spent on the vibrant underground scene in Cape Town, taking in everything from techno, breakbeat, drum and bass to deep and tribal house.

This broad exposure that has informed his dj'ing and production skills where he says, “what’s popular or sticking to the “rules” of a specific genre don’t interest me - what interests me is the connection between music and people.”

He adds: “I want people to dance and feel - so if a rhythm, melody or sound helps in doing this then I’ll go for it, no second thoughts”.