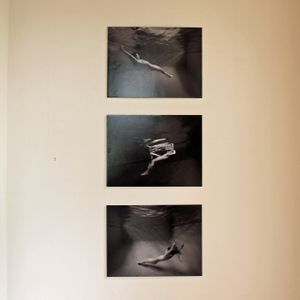 This show was 32nd in the global interview chart.

Originally from Yorkshire, Natasha Brooks is a local artist based on the Isle of Anglesey. Whilst recently studying a B.A in Fine Art she has increasingly come to use video and photography as means of her expression, although still classes herself as a mixed media artist.

Having extensively travelled over the past decade, she has drawn from her experiences and chooses to focus on the uniting characteristics of humanity that span the globe despite geographical and cultural divides. Because of technological bridges that have been created in the modern world, the chance for connectivity, empathy, and understanding have never been experienced on such a scale before. In this increasingly small world Natasha believes that it is important to focus on unity to tread a sustainable path through our increasingly precarious future.