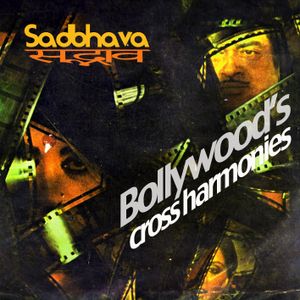 Sadbhava = Harmony (in Hindi language)
In the age of 12 I've got familiar with sounds from the music of India through the Sitar playing of George Harrison in 'Within with out you' from the Sgt pepper album. In the beginning I used to skip this song cause the Indian sounds were too strange for me, it didn't take much time until I was trapped with the magic of the Sitar. In 2002 I went to India to learn to play on the Sitar. I spent some months in Varanasy with my teacher, and by this time I was exposed to the mass presence of the current Bollywood songs, that no one can ignore them when one spend his time in India. There was something in these songs that really attracted my western ears - then I thought it's the 'Exeptional' harmony and chords they choose for the lush arrangements of the songs, only later I discovered that this attractive phenomena related to the traditional Indian scales as known as Ragas. I hope this mix will express my insights about 'harmonies' in Indian music :)