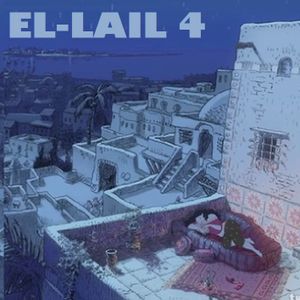 Vol. 4 of mediterranean night songs, centered around - but not limited to - algerian and andalusian music as well as jewish-muslimic cross-collaborations. the regions attached in brackets refer to the song rather than the singers and players. The musicians are christian, jewish, and muslim.

some fantastic sounds, a pity my Arabic is so minimal.

i am afraid my arabic is nonexistent ;-) ... but the music is still enjoyable innit? thanks for tuning in ... there's a prequels to this mix

while listening i get confrontated again by the thought we could fix us so many more other cool collabs , dutch - german crossing collabs isn't it !?

we will ... good to have you back again.

well , we don't need to worry about new stuff looking at your playlists,because all muzik in here is new at least to me ; yayyyy

i am always more focused on the muzik instead of who recorded the mix ,
i do politix (everything we do is politix) but i am not a politician so i hope you don't mind i do what i always did ; listening & trying some new stuff !?