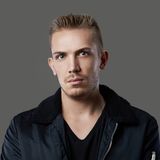 Never miss another
show from Styline

Producing his own distinctive Power House Genre, Styline is taking on an innovative role in the electronic music scene, aligning his characteristic sound right in-between the mainstream and the underground.

Styline’s releases have widely been picked up by the leading artists in the industry, including Axwell /\ Ingrosso, David Guetta, Danny Howard, Kryder and Hardwell and have been signed to many of the most prominent electronic music labels such as Spinnin', Armada, Sosumi, and Ministry Of Sound.

His performances are sought after worldwide and have received mighty receptions in venues from Miami to Ibiza, Amsterdam to Bali and all throughout China.