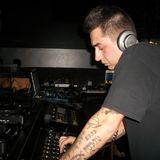 Never miss another
show from SCIORTY

DJ and producer, originally from Genoa, he has been living in his adoptive city, Rome, since 2000.
From an early age he discovers his passion for music; when he was fifteen years old, he started playing bass and shortly after fell in love with funky music, thanks to which he then approached 70’s and 80’s dance music.
Inspired by the great music culture and dj’s of those years, as well as the ever increasing buzz around the birth of a new music movement during the 90’s - House Music - he finally decided to start spinning the decks.
During the following decade he played in various clubs in both Genoa and Rome, until, in 2010, he met those who became his main co-producers, ‘Spellband’, a trio of djs and producers that have numerous collaborations under their belt with world-renowned artists. With them he found the ‘Dogz Family’, a group of producers, musicians, and free spirit house music enthusiasts that gave birth to some of the finest unofficial remixes.