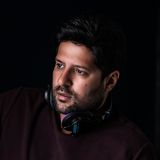 Never miss another
show from SonnyJi

Support SonnyJi by subscribing directly to this channel and get access to exclusive rewards.

Sonnyji is a UK based award winning DJ, music producer and former BBC DJ. He grew up inspired by House music as well music of his own culture such as Bhangra, Bollywood and Asian Underground. He has taken his sound worldwide as well as events at home such as Glastonbury, Bestival and clubs such as Ministry of Sound and Fabric.

SonnyJi is able to two play to two very different worlds. One of which is the more clubby and underground sound of dance music with the other one being the more tribal sound of Bhangra music which is inspired by his own Punjabi Indian heritage.

This page is a home for both styles of his DJ identity which are explored on the East Beatz West Global Beats podcast and the new Sessions Dance show.

Welcome to the sound.