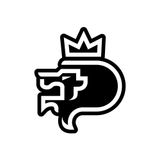 Never miss another
show from RootsInSession

RootsInSession Mixshow No. 58 @ Radio Nula / Dedicated to the roots, reggae artists who passed away
by RootsInSession

Based in Ljubljana, Roots In Session is one of the Balkan’s best-known sound systems and producer duos pushing and creating its own sound for over a decade now. Pier and Fu both started their solo DJ career in 1996 with their former crew Radyoyo/RDYO DJs, where they were both heavily involved in Slovenian urban music scene.

Coming from different musical backgrounds and with many musical influences, Pier and Fu teamed up on the Roots In Session sound system. Reggae music soon became the one genre with which they could most identify themselves, and a platform to start their own sound.