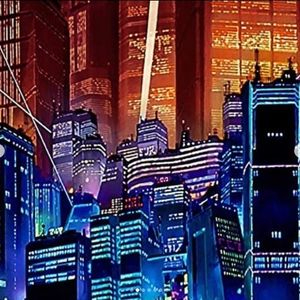 It’s tempting to think of the end of the world in a biblical sense - a swift and dramatic Judgement Day initiated suddenly by God whereupon ones fate is decided instantaneously for all eternity. Or even armageddon, where a giant space rock threatens imminent obliteration of the planet - sudden death guaranteed. Crash! Bang! Dust!

In reality though, complete obliteration is rare enough that the human race has had time enough to come into being and invent society since the last major reset (phew!). In real life we are much more likely to experience a different kind of end. One which is much slower and more boring that you may very well survive. One where the earth keeps turning but the rules are different. Where everything you knew to be true and took for granted has changed. Or maybe the world stays the same but you change and lose your way. In such an event, you find yourself unmoored and vulnerable. Naked and Afraid. Inversely though, surviving such an end might also be liberating.