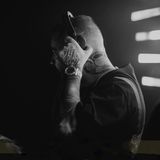 Never miss another
show from Pettisnmusic

For over a decade now Pettisn is 1 of the most recognized Urban DJs in Cyprus.

Dj Pettis N is an official Black Bottle Boy DJ under the big family
of Luc Belaire and Rick Ross .

You can catch him every Monday on MIX FM radio (island’s no.1 music station) where he hosts his own show called 'Sexy Thing with Pettis N' having enjoyed tremendous success over the past 6 years.