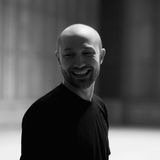 Berlin’s Paul Kalkbrenner is a unique international talent – with eight studio albums and more than 2.3 million Facebook fans, Paul is a household name in his native Germany.

Just 12 when the Berlin Wall fell in 1989, Kalkbrenner saw East Berlin became an anarchic playground for a previously oppressed generation recently freed from an overbearing state - techno music became a way of expression. “For East German youth there had been no part of life that was not touched by politics. Always the flags, the anthems and the uniforms - this was peace, love and pancakes… for the first time we had a chance of doing something hedonistic, what we wanted as individuals.”

Paul's latest albums "Icke Wieder" (2011) and "Guten Tag" (2012), have gone on to be his bestselling albums yet - both went top five in Germany, with "Guten Tag" debuting Number 1 in Switzerland.