Marc Mac In The Library 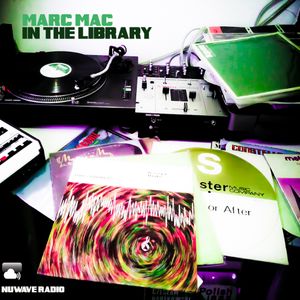 Ok Chill... kicking off 2012 with a trip to the library. A little mix dedicated to the many great library labels, musicians and composers; Alan Hawkshaw, Keith Mansfield, Alan Parker, Sammy Burdson, De Wolfe, KPM, Sylvester, Conroy Music to name a few. There's 1000's of good lib records worldwide but I would probably have to say that my faves came from London in the 60's & 70's and I think it has a lot to do with the cool production studios in the UK during that time. Funny, as a kid watching UK Tv in the 70's & 80's funky grooves always popped on programs even the news & sports programs, I'm pretty sure the musicians would have listened to whatever was cool in the US at the time (Stevie, Herbie and Quincy Jones) then vibed off the influence.
Of course library music has become a big and important part of Hip-hop and Beatmaking with producers and DJ's parting with plenty cash and traveling far and wide for a dope track, drum break or sample buried in tons of cheesy wackness. PEACE.

I've got to ask - what's the first track on this? It's been bugging me for two years now!

!! I've got "Lonely Jelly - The Gentle Rain", one of my favs to mixing with abstract beatz! ..Fantastic session Marc. Thank for sharing! ; D

Oh how i love this selection!

nevermind...just read the other posts :-)

Oh man...beautiful mix! What is the name of that track starting around -09.27? That bass line and beat is sick!

yeah sorry no playlist but that's part of the fun, ain't it? anyway Juno's on the case. cool.