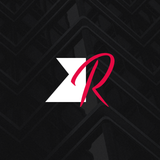 Never miss another
show from Kumusic

Kumusic Radio Show is a format that has been carefully studied by Ku Music s.r.l.. an Italian company that specializes in promoting affirmed international talent as well as new up and coming ones.
After producing some of the most successful radio shows on the Italian national networks Kumusic have now decided to export their own show onto a much larger platform, an international one, with the production being left in the hands of Glazersound (a young Italian producer) and Mc Fago (one of the countries top MC’s as well as frontman for Kumusic).
The Kumusic Radio Show will feature the hottest new and most original tracks out there offering a chance for the listener to hear a program full of musical vibrations whilst at the same time never being banal or boring, in fact the play lists will be chosen by the guests themselves.