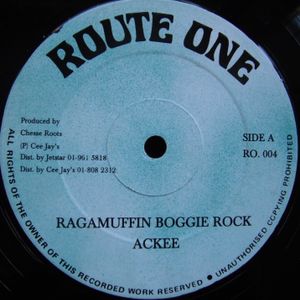 A selection of tough UK Digital productions from 80s and very early 90s. Many a classic on this one, with a couple Jah Tubby’s 12s, Unity Sounds 12” and more one-away labels with cuts that became big tunes in that scene like Vivian Jones’ ‘Physical’, Ackee’s ‘Raggamuffin boogie Rock’, Ever Red’s (Danny Coxsone) ’No Ruff like we’. A couple more under the radar ones like Mikey McLean and Mikey General cuts, as well as the Dixie Peach (LP cut that one)

Nice one, thanks for the feedback

This post brings tears my eyes the music sweet reminds me of my young days.

Yes King, thanks for the shout

Yes Fred. Thanks so much for the kind words, much appreciated man. Big up