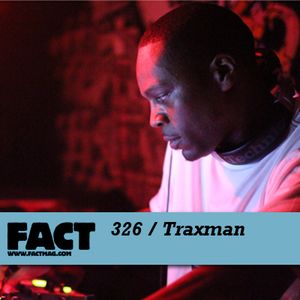 Real name Cornelius Ferguson, Traxman is one of the most respected names in footwork, but he’s also one of the last to find a home on Planet Mu, the UK-based imprint that has been instrumental in the global spread of juke – primarily through its Bangs & Works compilations and artist albums from the likes of DJ Roc and DJ Diamond.

Traxman can now, finally, be added to the list as he’s finally unveiled his debut album proper, Da Mind Of Traxman, on Mu, and it’s no exaggeration to say it’s one of the most satisfying, singular and buoyant footwork full-lengths we’ve ever heard.

His FACT mix is every bit as commanding and no-nonsense as you’d expect. As well as treating us to no less than 15 of his own productions, Traxman reps DJ Assault, DJ Manny, DJ Deeon, DJ Nehpets, DJ Earl and DJ Nasty in this breakneck, 30-tracks-in-34-minutes session. It’s the proper stuff.

LOL, gotta use the sampler a bit less ya think? Geejus.

Gave up, can't listen to this guy's self-promo anymore.

I agree. Don't need to be reminded every 3 seconds that we're listening to Traxman. Shame really, those jingles ruin a pretty decent mix...

way too much traxman jingles in it...