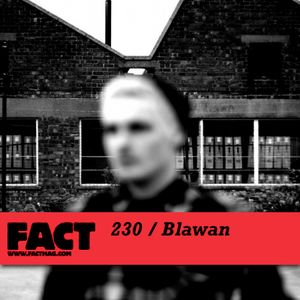 Today’s FACT mix is by Yorkshire acid head Blawan. He’s only released three singles to date, but they’ve knocked our socks off.

In case you hadn’t noticed, Blawan has drums. Drums for days. The drums on ‘Fram’, his debut single released last year on Hessle Audio, sounded like boulders tumbling down mountains, and stood out even on a label renowned for percussion.

The drums on his dance tracks probably sound so good because he’s a real-life drummer, but as FACT’s Andrew Ryce observed in his review of Blawan’s recent Bohla EP, perhaps the highlight so far of the UK underground’s recent fascination with acid house, you wouldn’t need to be told that to figure it out from his tunes. “Built from rambunctious, elastic rhythm tracks that whip, snap, and crash in all directions, they always land in a wonderfully satisfying thud even if not always in the exact place you’d expect” pretty much sums it up.

There’s no tracklist to Blawan’s FACT mix, so it’s time to put some work in...

cant believe im coming back to this mix in my hour of need ~ was listening to this during uni for my finals.. and now 9 years later i am listening to this as i have to submit a curatorial statement that i have been procrastinating.. times really haven't changed at all