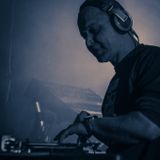 Never miss another
show from Brooksie

Brooksie - Brothers Grim - We Speak Techno - May 2021
by Brooksie

Brooksie - Something In The Woods - May 2021
by Brooksie

Brothers Grim.
Acidic Soundsystem.
The Rave Yard.
Acid Leak.
Brooksie is a Bristol-based DJ who's been djing since 2000, originally playing nu-skool breaks, he added techno, acid techno and hardgroove into to his record bag over the years...
In 2006 he became part of Acidic Sound System whose sell out nights at the Packhorse have became stuff off legend, this led to Brooksie playing the Rave Yard stage at Boomtown festival from 2013 till 2017, then back with the Acid Leak stage in area 404 for the 2019 edition of the festival.
Brooksie is also part of Brothers Grim, a underground dance Collective he runs with Donut and a roster of top class djs and producers who have been promoting now infamous nights at Techno Towers and other venues across the city, as well as co-hosting the monthly 'We Speak Techno' podcast on Safehouse Radio with the rest of the Brothers Grim crew which features guest mixes from djs and producers from around the globe.