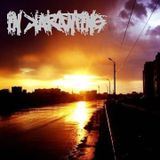 Never miss another
show from IN KARANTINE

the Last Tanks in Paris - Happy End (remixes)
by the_clones_project

The group is formed on November, 16th, 2009 in the Voronezh province. Initial idea was to cross violence and fury of a hardcore, and heaviness of metal. Behind shoulders of founders set of projects, from grunge-bands to the academic music. But once we have understood that it is necessary to create group which would be reaction to all those careless and fashionable tendencies, not clear music which has overflowed the Voronezh scene, and, probably, not only it. On the trouble, we do such music which don't want to hear neither organizers of hardcore - gig's, and fashionable metalcore-bands and a post - hardcore bands. But any person feels honesty and frankness, and it - just for the sake of what we live and we create. In October 2011г. There is the first, debut EP which carries, more likely, promo-character. It is laid out in a network free of charge.