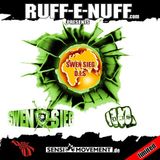 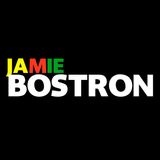 Disease in music began in childhood, when my friend and I decided to go on break dance. Since then, the movement has always performed to the rhythm, it does not matter whether it's performance or just a walk with the player. in 2008, was first introduced to the DJ equipment. I learned this craft from my old friend who was a DJ,but playing mostly club music, which for me was very simple. In the end, the love of hip-hop underground heavy base, rich percussion selection, and,of course, reggae did their job. After that music began to sound in my head, every month, every day and every minute. In 2010 became a member of East Side Pussy Terrorist Promo Group, known for their abilities, to leave the warmest impressions on their respective events. In the same year, started collecting jungle and hip-hop vinyl.
Nowadays write down the jungle mixes, in which I try to transfer a maximum of moods and emotions. My work - a mix of unforgettable old school with great ragga riddims and heavy amenbreaks