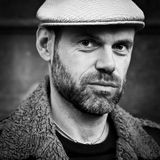 Under a plethora of other monikers including Jakatta, Akabu, Doug Willis, Raven Maize, The Sunburst Band, Sessomatto, and Z Factor, Dave Lee was one of the first artists to incorporate disco samples in house music when he began his production career in 1990. Indeed, he was in the studio making credible and outstanding British House music when many luminaries around him were still busy getting to grips with their decks. In 2010 little has changed and Dave is widely regarded as one of the most commercially successful and in-demand artists on the global scene.