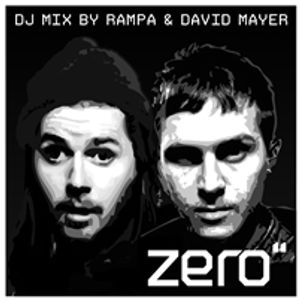 Little more than a year has passed since the first Keinemusik record landed on our doorstep and first alerted us to the freshly founded Berlin-based collective. Seven releases later and Keinemusik has by far surpassed our expectations, having become one of the city's most consistent and increasingly prominent imprints for contemporary house music.

The productions and DJ sets of Keinemusik members &Me, Rampa, Adam Port, and David Mayer follow a recipe that is as easy to formulate as it is hard to execute: Combining the functionality and punch of minimal techno with uplifting and soulful house music vibes.

This week's podcast has been mixed by two of the main guys behind Keinemusik, Rampa and David Mayer, who take turns at presenting the freshest tracks from their record bag. Productions by their close friends, like Re.You, Santé, and Tiefschwarz, take top spots, while additional dance-floor bombs are supplied by the likes of Simon Baker, Cesare vs. Disorder, and Little Fritter.