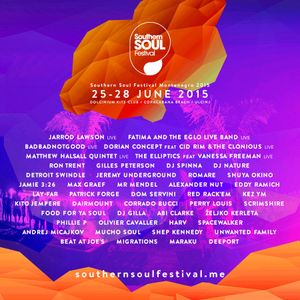 SSF Special with Marko Pavlovic.
Yes, a lot of people know about Marko as a owner of the Casper Bar in Budva, one of the best places in Balkans where he, for the last couple of decades, carefully created a fine selection of DJs and since recently live acts as well, creating amazing musical program during whole summer. Luckily he hasn’t stopped there but has evolved into Southern Soul Festival and again one of the finest in the region and, according to The Gardian, one of 10 the best European festivals reaching that fame just after two years. Yes, that’s how most of you know Marko but not everyone knows that he is, in my opinion, one of the most stylish DJs or rather fine music selectors as well although he is not declaring himself as one. Hopefully we will have a chance to hear his selection in a near future in one of TROG ROTATION blocks. Tonight he will talk about SSF 3!!!