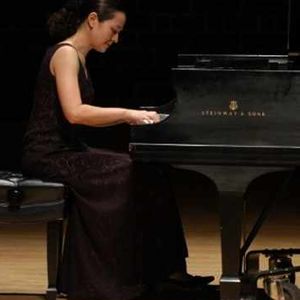 Sandra Wright Shen has been described as a “dazzling pianist” and a “heart stopping beauty”. With her passion, musicality and inspiration, she aims to move hearts through music.

Saw Ms Sandra dedicated her piano skills to perform to kids and others at various churches in Bay Area. blessing to her and her skills. May Him be glorified by such dedication.