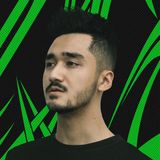 "Evolution, Energy, Euphoria". These are the three main prospects of the sound of YUSEF KIFAH, a music producer & DJ hailing from Kuala Lumpur, Malaysia. Having reached the NO.1 spot on TrackItDown's TRANCE chart with his massive energetic track "EXOLEKTRA" at the young age of 17, YUSEF KIFAH electrifies the masses with his futuristic, energetic & euphoric personality both on stage and through his music.

With many TRACK SUPPORTS on Malaysian headlining radiostation FlyFM, releasing on labels which are SUPPORTED by the BIGGEST DJs around the globe like Armin Van Buuren, international radioshows, being one of the FIRST MALAYSIAN electronic music artist to be FEATURED ON SPOTIFY and over 70,000+ VIEWS on one of his top tracks, "FUSION" on YouTube, YUSEF KIFAH is without a doubt an artist that will be headlining the biggest festivals, events and clubs in the near future.