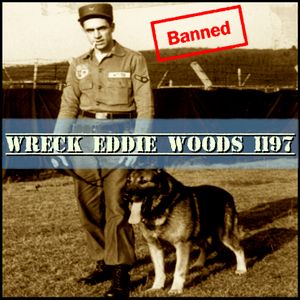 This show was 28th in the global interview chart.

wReck thiS meSS ~ Radio Patapoe 88.3 ~ Amsterdam ~ Ethno-Illogical Psycho-Radiographies: 26 May 2016 ... This is a lost live broadcast dating from 14 November 2005 on squat-anarcho station Radio Patapoe I recently stumbled upon in my deepest files… Decided to resurrect it, tweak it, add some relevant material & relaunch it. It features the irrepressible “Gangster Poet,” Eddie Woods, exiled for some 40 years in Europe, mostly Amsterdam, where he created a seminal & essential link between Old & New World, between bohemians & outsider artists & writers & wrote a fair amount of poetry that continues to resonate into the very now.

Dangerous Precipice is the title of one CD of his spoken word. He reads 33 of his own poems along with 7 poems by others: A.E. Housman, Lord Byron, & Robert Service (4).

EW also reads from the 2 long letter-poems in his new book, Tsunami of Love: A Poems Cycle . Available via http://eddiewoods.nl