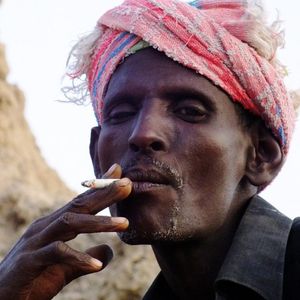 This show was 7th in the global afrobeat chart.

Africa Is a Country Radio, the audio accompaniment to the website of the same name, is a monthly deep dive into the music and cultural politics of the African continent and beyond. Hosted by Sierra Leonean-American music producer, DJ, writer, and cultural activist Chief Boima, who is also the managing editor of Africa Is a Country, co-founder of Kondi Band and the founder of the INTL BLK record label. The show features a mix of music and interviews with musicians, historians, journalists, and more.

Taking a cue from our seasonal theme of port cities, Chief Boima visits Djibouti, a city sitting at the nexus between Africa and Asia, and use it as base from which to kick off an exploration of the Black Indian Ocean. He looks at the historic political and cultural connections between two continents, and then learn about Djiboutian music with our guest is Vik Sohonie, owner of Ostinato Records, writer and regular contributor to Africa Is a Country.

Fantastic show as always. loved the interview with Vic, and I now have a big list of music to track down!