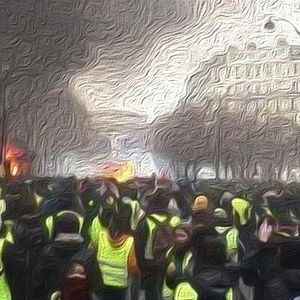 A look at why the Yellow Vests will reject Macron’s concessions that takes the form of a discussion between two of our members, one of whom is a French migrant in Ireland who has been following the news and discussions in the movement in France online. Looks at the ‘concessions’, the formation of the movement, the clash with far-right infiltration and the contradictions of the relations between the Yellow Vest movement and climate change movement which also marched in Paris this weekend. Ends with a discussion of where the movement is now likely to go.

The audio should be listened to alongside this overview article https://www.wsm.ie/c/centre-collapses-yellow-vests-france