The rise of fascism in Weimer Germany and its role today 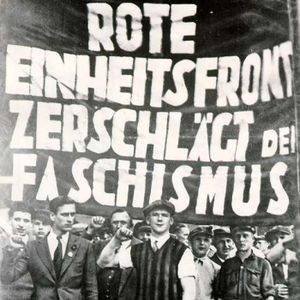 In a period of mass unemployment in 1920's Germany fascism came to power despite not only the presence of mass Communist and Social Democratic parties but also of significant anti-fascist street fighting. Why did the left fail and what was the attraction of fascism. What about fascist movements today, do they represent a similar threat? Can we even agree a single definition of what fascism is?