Strike4Repeal - A Call to pro-choice action this January 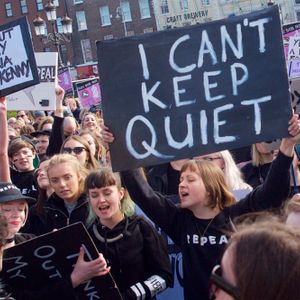 Strike4Repeal - A Call to pro-choice action this Januaryby Workers Solidarity

Strike4Repeal launched in January 2017, it exists currently as an ad hoc group of pro-choice activists, academics, trade unionists, artists and students. We directed a single demand towards the government: a national strike would take place on the 8th March unless a referendum on the 8th Amendment of the Constitution was called. In December, we in Strike4Repeal came together once more to announce that a second strike action will take place if it becomes clear during Dáil debate that full abortion access will not be legislated for or if there is no straight repeal question on the ballot in the upcoming referendum

Transcript with links continues at https://www.wsm.ie/c/strike4repeal-call-action-january2018