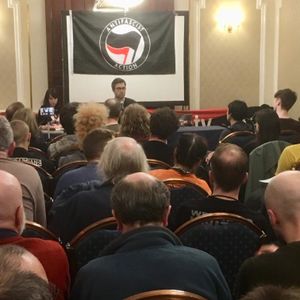 For the launch of the 2018 Dublin anarchist bookfair we brought anarchist author Mark Bray over from the US to tell us about 'Pushing back the alt-right in the US'. Mark, who is the author of The Anti-Fascist Handbook wlooked at what worked for anti-fascists over the last year.