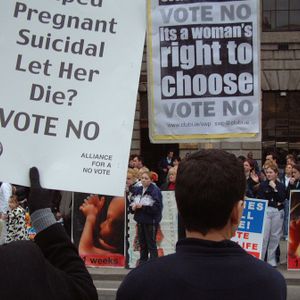 Three speakers talk about the pro-choice struggles in Ireland they were involved in over the last three decades. These include the 1983 anti-referendum campaign, the Womens' Information Network, the SPUC v students case, Dublin Abortion Information Campaign, X-Case, Repeal 8th Amendment, 1992 Referendum, Dublin Abortion Rights Group, Alliance for a No Vote, 1998 referendum, Choice Ireland and the D-Case.The audio was recorded at a meeting of the Maynooth Sociology Society, April 2009