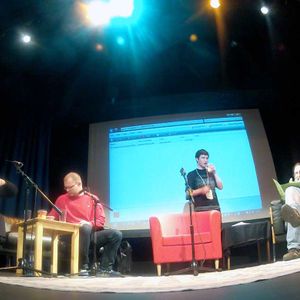 2013 marks the 100th anniversary of what many see as the most significant industrial dispute ever to have taken place in Ireland - the Dublin Lockout. The employers of Dublin, led by William Martin Murphy, locked out over 20,000 workers in an attempt to starve them into submission and to smash the increasingly popular Irish Transport and General Workers Union (ITGWU).

One of the 2013 Anarchist Bookfair highlights was a meeting at which a panel of speakers will explore the legacy of 1913 and its lessons for the trade union movement of today. Padraig Yeates (author of ‘Lockout’), Brian Hanley (historian and author), Mary Muldowney (author of many books and articles on women’s labour history) and Gregor Kerr (WSM member and Irish National Teachers Organisation activist) each took a unique look at the relevance of 1913 and why it retains such importance among trade union organisers and activists one hundred years on.