Europe Forged in Crisis: The Emergence and Development of the EU - discussion with the author Oisin 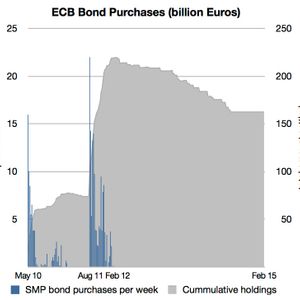 Europe Forged in Crisis: The Emergence and Development of the EU - discussion with the author Oisinby Workers Solidarity

Although the EU is not new, and its role in determining the economic and political development of Europe is both substantial and well established, critical analysis of the EU is sorely lacking. Most of what is written on the EU is uncritically liberal and focuses on diplomatic and legislative detail. What little critical literature exists often simply interprets the EU in terms of the function it plays for neoliberal globalization. When analyses of the EU go from what it does to the larger questions of what it is and why it exists, analysis often becomes completely un-rooted.

In July 2015 the WSM organised a conversation with Oisin Gilmore, the author of 'Europe Forged in Crisis: The Emergence and Development of the EU'
We do ask that people come to the discussion having read the piece in full. It's at https://viewpointmag.com/2014/10/26/europe-forged-in-crisis-the-emergence-and-development-of-the-eu/